Quotes Worth Saving (28): Auster on Writing About the Dead

These lines by Paul Auster have stung me especially painfully, mainly because I have written my own unkind words about my dad as well incomprehensible words about a much missed friend. It wounds me, because that's all of this ever really was, vanity, looking again at yourself when you should be looking at the other, at the world, but I continue to plumb the depths of introspection like the coward I am.

"Children have a tendency either to depreciate or to exalt their parents, and to a good son his father is always the best of fathers, quite apart from any objective reason there may be for admiring him." (Proust)


I realize now that I must have been a bad son. Or if not precisely bad, then at least a disappointment, a source of confusion and sadness...


The Rampant, totally mystifying force of contradiction. I understand now that each fact is nullified by the next fact, that each thought engenders an equal and opposite thought. Impossible to say anything without reservation: he was good, or he was bad; he was this, or he was that. All of them are true. At times I have the feeling that I am writing about three or four different men, each one distinct, each one a contradiction of all others. Fragments. Or the anecdote as a form of knowledge.


For the past two weeks, these lines from Maurice Blanchot echoing in my head: "One thing must be understood: I have said nothing extraordinary or even surprising. What is extraordinary begins at the moment I stop. But I am no longer able to speak of it."


To begin with death. To work my way back into life, and then, finally, to return to death.


Or else: the vanity of trying to say anything about anyone. 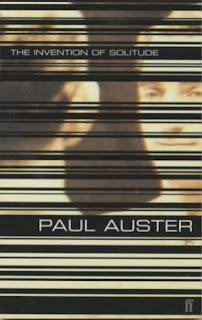